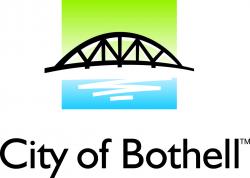 The City of Bothell, Washington, is a thriving riverfront community that is going through exciting changes. The City is a community with heart, quiet charm, and urban amenities. Bothell offers a sense of community and sense of place with quiet family neighborhoods, bustling urban centers, coffee houses and award-winning restaurants, beautiful parks, the famous paved Burke-Gilman/Sammamish River Trail, and so much more. Steeped in history but embracing the future, residents love living, working, and playing in Bothell.

The City of Bothell combines the strong managerial experience of an appointed manager with the strong political leadership of elected officials as a non-charter optional code city operating under the Council-Manager form of government. The seven members of the City Council are elected at large on a nonpartisan basis to four-year terms. The Council elects the Mayor and Deputy Mayor from within its ranks and contracts with a professional City Manager to carry out their established goals, policies, and directives.  City services are provided through eleven departments: Community Development, Executive, Finance, Fire, Human Resources, Information Services, Legal, Municipal Court, Parks and Recreation, Police, and Public Works. The City’s Water, Sewer, and Stormwater Utilities are managed through Public Works. Several of the larger departments also have
functional divisions within their department. Bothell employs approximately 370 full-time employees and has a 2021-2022 budget of $294.1 Million that reflects the priorities of the City Council and Key City Initiatives.

Email me jobs from City of Bothell