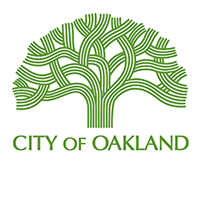 The City of Oakland is dynamic with 50 distinct and eclectic neighborhoods, 17 commercial districts, an increasingly vibrant downtown, a strong economic base, world-class arts and entertainment venues, superior cultural and recreational amenities, and a rich multicultural heritage. Oakland is the eighth-largest city in California with an estimated population of 429,082 (2018 U.S. Census Bureau). The City serves as the administrative seat of Alameda County and the center of commerce and international trade for Northern California. Oakland is one of the most diverse and ethnically integrated urban cities in the nation, with nearly equal representation from African-American, Hispanic and Latino, and Caucasian residents, speaking over 125 languages and dialects, as well as one of the country’s largest Lesbian Gay Bisexual Transgender Queer (LGBTQ) communities. Located on the bay, six miles east of San Francisco, it encompasses 56 square miles, with 19 miles of San Francisco Bay coastline to the west and rolling hills to the east.

Email me jobs from City of Oakland, CA