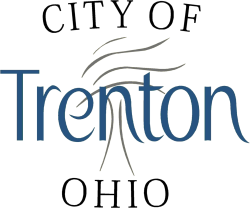 The City of Trenton (est. pop. 13,000), is located in northeastern, Butler County, Ohio. Encompassing 4.5 square miles, Trenton was established in 1816 and incorporated in 1971.

Trenton is known for its outstanding schools (Edgewood City and Madison Local School Districts), having a friendly casual small-town atmosphere, and a well-qualified and highly-trained government.

Trenton operates under the council-manager form of government.  The City Council consists of seven members elected at-large from the community to serve staggered four-year terms.  Every two years, Council selects a Mayor and Vice Mayor from within their ranks.

Email me jobs from City of Trenton, OH