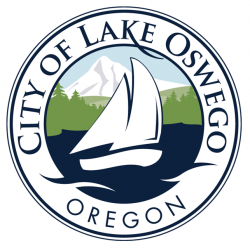 Located in the northwestern corner of Clackamas County on the banks of the scenic Willamette River, Lake Oswego is nestled among many of Oregon’s greatest attractions: Mt. Hood, the Oregon Coast, the Columbia Gorge and nearby vineyards, farmlands, and forests. Lake Oswego is also ideally situated close to Oregon’s major metropolitan areas – just 8 miles south of downtown Portland and about 45 minutes north of Salem, the state capitol.

Although the city is primarily residential, there is some commercial development and light manufacturing. Most of the businesses are located downtown near the Willamette River on the City’s western boundary, or on the west end in the Lake Grove business district and neighborhood. Commercial properties on Kruse Way, near the interstate highway, offer some of the most sought after Class A office space in the region.

Lake Oswego is considered one of the finest residential areas in Oregon. Lake Oswego offers full-service police and fire protection, a celebrated library, and parks system. It also provides planning and zoning regulation, building inspection and regulation, street maintenance and improvement, water, wastewater and surface water services. The schools in the city rate among the best in the state.

There is a city-owned sports center on the Willamette River, two public swimming facilities on the privately-managed Oswego Lake, golf course, indoor tennis center, and outdoor amphitheater right along the river. These amenities, managed by the City’s Parks & Recreation Department, help promote Lake Oswego as a place to live where you play.

Lake Oswego is a full-service city with a council-manager form of government. Policy authority rests with a volunteer City Council, and an appointed, professional city manager has administrative authority for day-to-day operations.

Email me jobs from City of Lake Oswego