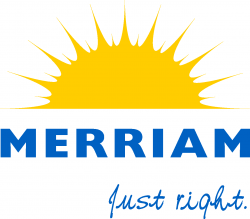 Formally incorporated in 1950, the City of Merriam operates under a non-partisan mayor-council form of government with the addition of a City Administrator. Merriam has eight councilmembers; two are elected from each of the City’s four wards. The mayor is elected on an at-large basis. The City Administrator is appointed by the Mayor and City Council as the chief administrative officer and is charged with the efficient and effective administration of the organization.

The organization believes in being responsive to its residents. The City’s Mission Statement is “to serve the public with transparent government focused on progress.” This commitment is demonstrated through the results of the 2019 Community Survey which indicated that 91% of residents were satisfied with City services and 92% were satisfied with Merriam’s quality of life!

Being a part of Team Merriam means taking pride in serving the public and improving our community.  Our residents expect the best, and we strive to deliver.  We listen to problems, overcome obstacles, and provide solutions.  We act with courage and principle, and ensure other members of the team do the same.   We continually improve ourselves as individuals and a team.  Every team member is a leader in their own right.  We play to each person’s strengths and celebrate our achievements.  We do it day in, and day out, and we do it all with a selfless attitude and a little zeal.  That’s the Merriam Way.

Email me jobs from City of Merriam, Kansas