Under general direction, performs budget and program analysis, field studies, and researching projects pertaining to the City of San Antonio. This is a 12+ month program with each fellow spending several months in the City Manager's Office, the Office of Management & Budget, and one operating department.  This program is scheduled to begin during the Summer 2023. Working conditions are in an office environment. Exercises no supervision.

This unique position is designed to recruit top talent and help develop future leaders for the City of San Antonio. During your time as a Management Fellow, you will spend one (1) year rotating through the City's Budget Office, the City Manager's Office, and a select operating department. This position provides unique access to the leaders of the City of San Antonio and is an excellent opportunity to learn about every facet of a complex municipal operation.

More importantly, you will be given important tasks and projects that develop your skills and make a difference to the City organization and the community at large.

This position is an "unclassified" position and has no disciplinary appeal rights to the Municipal Civil Service Commission. This position is likewise subject to at-will employment status and can be terminated at any time for any reason.

For more information about our Management Fellowship please visit: https://www.sanantonio.gov/hr/CareerCenter/fellows

SPECIAL INSTRUCTIONS:  The following items must be attached to your on line application: 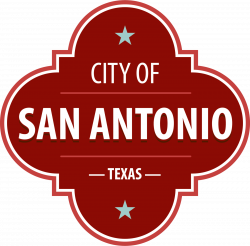 About CIty of San Antonio

The City of San Antonio is the Nation’s 7th largest city and is home to more than 1.5 million residents. Located in South Central Texas, approximately 140 miles from the Gulf of Mexico, San Antonio offers its residents one of the most attractive and affordable lifestyles in the country. Residents enjoy one of the lowest tax rates in the State as well as a plentiful supply of high-quality housing and low utility rates. The economy of San Antonio is an excellent mix of business services, manufacturing, health care, communications, corporate and regional offices, government, and the convention and tourism industry. San Antonio is rich in recreational and cultural opportunities and is home to the San Antonio Spurs.

The world-famous River Walk is the single most visited site in all of Texas. Winding through Downtown San Antonio, this 2.5 mile cobblestone path along the San Antonio River is lined with attractive shops, luxurious hotels, and enticing dining and entertainment venues. The second most visited site in Texas is the historic Alamo, only a short distance away from the River Walk. Named a World Heritage Site by UNESCO, the San Antonio Missions, represent the only World Heritage site in Texas. Major Theme Parks include Sea World of Texas and Six Flags Fiesta Texas. Other San Antonio attractions are the Tower of the Americas, the Botanical Gardens, the Museum of Art, the San Antonio Symphony, Market Square and a world class Zoo.

San Antonio has a Council-Manager form of government with a ten-member City Council. Council members are elected by District, while the Mayor is elected at-large. The term of office for the Mayor and all members of the City are two-year terms, for not more than four (4) full terms of office. The City Council appoints the City Manager, who appoints all officials in executive positions with the exception of the City Clerk, City Internal Auditor, Presiding Judge, and Municipal Judges.

The City of San Antonio has been recognized for its high level of professional management by the ICMA and National Civic League, amongst others. For ten consecutive years, the City has maintained a AAA bond rating. The Fiscal Year 2020 adopted operating budget is $2.9 billion with close to 13,000 employees across over 30 departments. The City Manager’s Executive Team consists of Department Directors, one Deputy City Manager, four Assistant City Managers, a Chief Financial Officer and a Chief of Staff.